This is mostly for the search engines, for people who own a Canon EOS Camera (with crop sensor), a Sigma 8mm fisheye lens and use the alternative firmware „Magic Lantern“.

Some time ago, I traded my Samyang 8mm fisheye lens in for a Sigma 8mm, because it gives me a little more field of view, which is crucial for panoramic photography. The field of view of the Sigma lens brings me black borders in the corners which haven’t occured with the Samyang fisheye. Those areas are automatically detected and erased by the stitching software when creating panoramas and they don’t bug me here. But if I use this lens for single-shot pictures, I tend to crop the image so the black areas disappear (to roughly achieve the field of view of the Samyang lens). One problem: If I am shooting pictures and crop them later, I miss some control over the composition while shooting. It’s really hard to imagine the final result of the image after the cropping in the moment I am shooting the picture. It even happened that I had to crop more than I thought and lost parts of the picture that were supposed to be shown.

As I am using Magic Lantern on my camera, there is actually a pretty neat solution using the cropmarks-feature. I created cropmarks that works as preview of the cropped image. There are four versions available right now, one set consisting of black cropmarks and one set of semitransparent dark cropmarks. In each set, there is one cropmark with only a thick border covering the later cropped area and another one with an additional grid for the rule of thirds. It’s possible to display the cropmarks in Liveview or in replay mode. In the latter case I can at least see the composition of the cropped picture right after the shot and possibly decide to reshoot it. I don’t like Liveview for shootings stills at all, but you might want to record a movie with the fisheye, this should be a huge help then.

See a preview of the contained cropmarks and the original file in the following gallery: 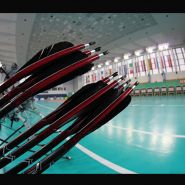 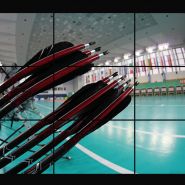 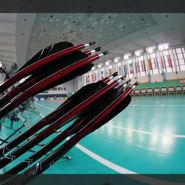 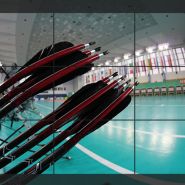 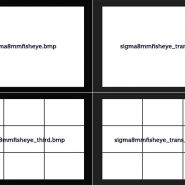 The cropmarks and the preview images are licensed creative commons by-nc and may be used on other noncommercial websites. Attribution is mandatory, a backlink to www.tilmanbremer.de would be perfect.